A cornerstone of MACFORCE’s business is the belief that anyone willing to seek meaningful employment opportunities will be provided with access to them. This belief is seen in our current offering of ex-offender programs, ex-defence and veteran engagement.

These two differing sets of people have one thing in the common; the requirement for support to successfully transition into work.

For veteran Cody, his transition from the Australian Defence Force (ADF) to his current position with MACFORCE was paved with honest and open communication, and the provision of tools to take his passions and turn it into a meaningful employment opportunity.

Cody always had an affinity for helping and serving others. To his family, his decision to join the ADF after high school was a natural one.

Soon after enlisting, Cody was deployed to Afghanistan and served there for seven months as a ‘Guardian Angel’. In this role, Cody provided protection and transport to Australian and International High-Ranking Officers and Government Officials. His work enabled them to facilitate their advisory roles to different branches of the Afghan Military and Government.

Cody concluded his service in 2018, at which point he started to travel to prolong his return to Australia and a civilian life. 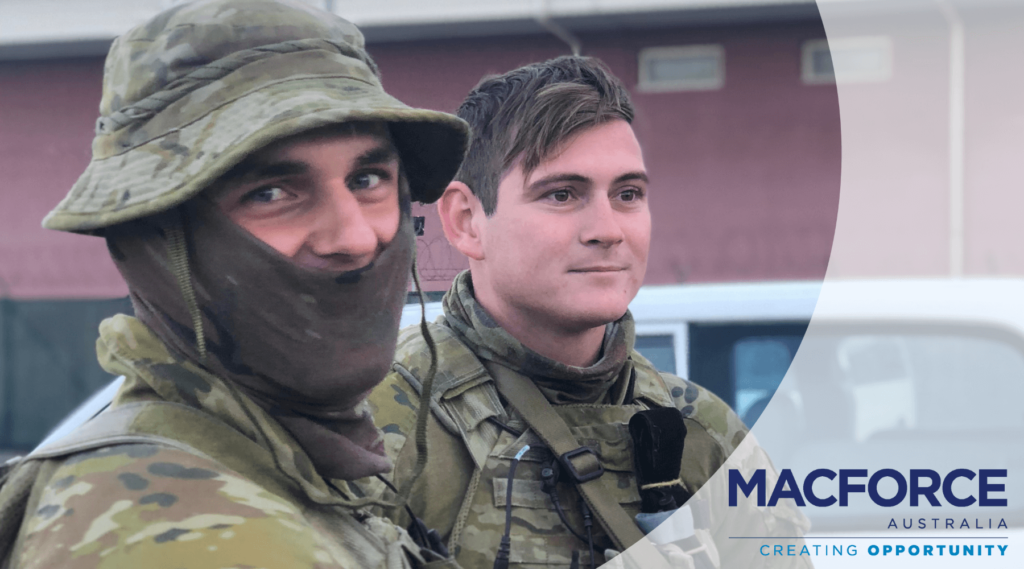 Finding his next calling

Cody’s return to Australia prompted him to consider potential career paths and decisions he would have to make. He was back in Western Australia for a matter of months before he moved interstate to pursue a HVAC apprenticeship and certification.

He worked interstate for a full year before quitting and moving home.

“You spend every hour of every day working towards a common goal with people that become your best friends,” Cody said.

“I believe that finding meaningful employment after serving in the Defence Force is one of the biggest challenges. People leave a job in the Defence Force where they had responsibility in decisions that could affect life and death. A job they are proud of and are respected by most of society. Once they leave, they must start again from the bottom and struggle to do so.

“I decided that I wanted to start working in a job that I was passionate about again, so reached out to MACFORCE.”

Although Cody did not struggle in the transition into civilian life, he was challenged in finding meaningful employment opportunities that gave him as much purpose as the Defence Force did. It is this sensation, and the lack of qualifications and recognition of experience that Cody cites as the biggest barriers Veterans face in finding meaningful employment opportunities once returning from service.

“Many Defence men and women are indoctrinated into a certain lifestyle that they feel they cannot achieve once they leave,” Cody said.

Cody had known of the services that MACFORCE provides for a couple of years thanks to his friendship with the MacShane family. When looking for meaningful employment, he knew his first point of call would be to connect with MACFORCE.

Actively listening and offering support to areas that Cody shared that he would need help in, MACFORCE were able to support Cody in cultivating skills to engage with employers.

“MACFORCE has given me the opportunity to develop my professional skills in a completely new industry, whilst also providing the environment for me to help people which is something I am passionate about,” Cody said.

With such a tangible passion for MACFORCE’s mission it wasn’t long before he was offered a position within the organisation.

Cody is only one of many Australian veterans who have connected with MACFORCE. In the near future, MACFORCE are looking to start their own not-for-profit to support the transition of ex-defence into meaningful employment, with a focus on maintaining good mental health. To support the development of this program, Cody will step into a mentorship role to use his experiences to connect and support fellow Veterans.

“MACFORCE has an understanding of what it means to be a Veteran, and what values, skills and attributes a Veteran can bring to a company,” Cody said.

“I love getting to work every day with people that are family to me and feeling a part of something bigger than myself. I am excited to work hard and see the positive reach of MACFORCE grow and shape lives.

“We are changing lives for the better and the feedback we get from people is very humbling and rewarding.” 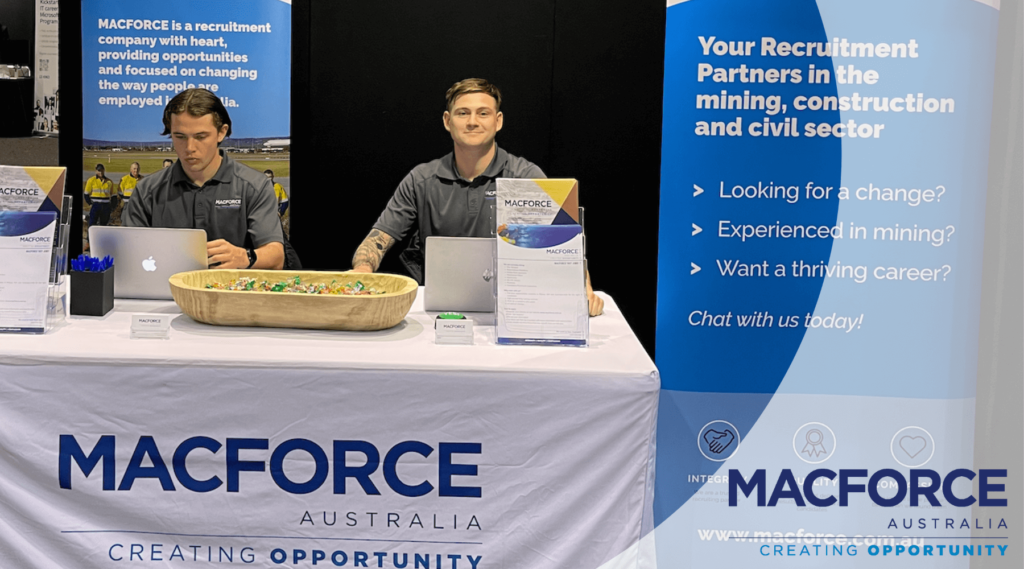 If you are looking for support in transitioning into employment, connect with MACFORCE here.

MACFORCE Australia is a recruitment company with heart, focused on changing the way people are employed in Australia, particularly across the mining, construction and civil sector. MACFORCE supports candidates to find suitable work placements and meaningful employment oppportunities, while supporting its clients to find suitable employees. 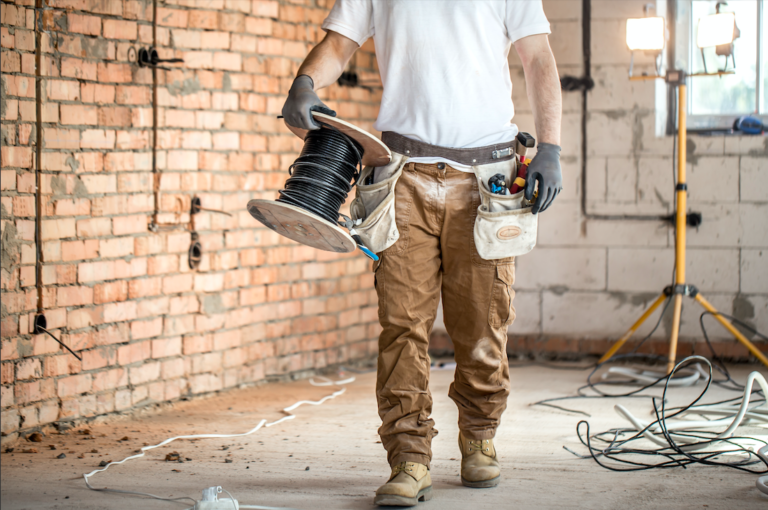 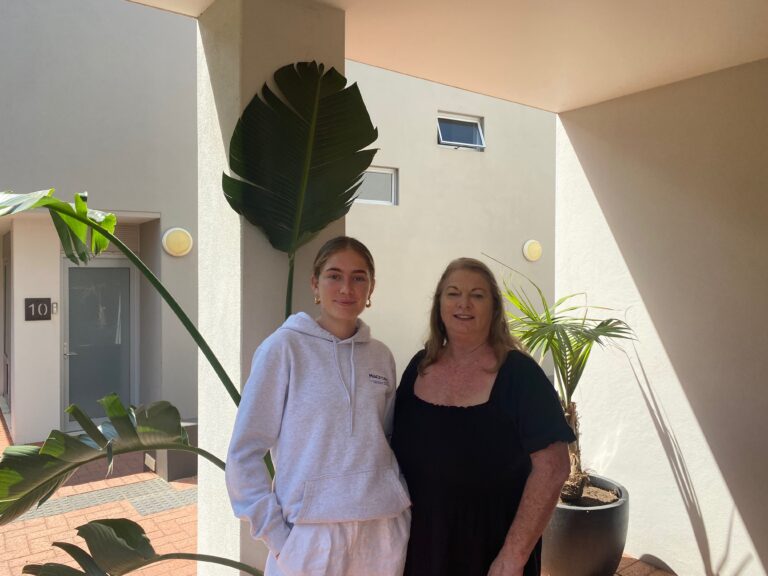 Women in leadership: lifting up female peers in a male-dominated industry

Signup and stay informed of our recent job alerts

It is a long established fact that a reader will be distracted by the readable content of a page when looking at its layout.